If you’re planning to go scuba-diving or heli-skiing this holiday season, check your Travel Insurance Policy book before heading out. Many Travel Insurance Plans exclude any loss from “high-risk activities”. The definition varies according to an insurance company. The following is an article about a B.C. woman who unfortunately had a skydiving accident in Arizona.

High-risk holiday activities can end up being the furthest thing from a cheap thrill, especially when insurers dismiss a claim following a costly injury.
The price of an adventure-related mishap abroad was underscored this week after a B.C. woman’s skydiving accident in Arizona. 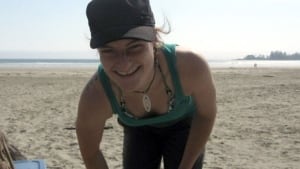 During a jump over Arizona April 6, Kenzie Markey’s parachute collapsed, sending her plummeting to the ground. (Facebook)
Kenzie Markey, 32, plummeted to the ground when her parachute collapsed. She suffered a collapsed lung, a broken femur, pelvis and eye socket, and brain swelling. Although she survived, Markey has racked up $500,000 in medical bills in a little more than two weeks.
Her family was stunned to learn afterwards that her insurance claim had been dismissed as invalid because Markey was participating in an extreme sport.
It’s not an unusual circumstance, according to the Canadian Life and Health Insurance Association, which represents most of the more than 60 health and life insurers in the country.
But do insurers ever cover activities like skydiving or parasailing?
“Some plans do; some plans don’t,” said Wendy Hope, vice-president of external relations with the national organization.

“If you are travelling and planning to engage in a high-risk activity, you should make sure you buy travel insurance, but you should also be asking some very, very specific questions to ensure the activity you plan on participating in is covered, because not all plans will cover them.”

‘If it’s a very general exclusion of ‘hazardous sports,’ then what is a hazardous sport? To avoid those situations, you want to try and get clarity before you travel.’– John Thain, president of the Travel Health Insurance Association of Canada

John Thain, president of the Travel Health Insurance Association of Canada, said holiday surveys show that travellers are more prone to “risky behaviour” when on vacation abroad.
What constitutes a hazardous or extreme sport isn’t always so clear in insurance policies, however.
That’s why Thain advises Canadians seeking thrills in another country to scan their policy and look for an exclusion list that clearly defines whether an insurance carrier considers a particular activity to be dangerous.
“Find a policy that’s very specific,” he said. “If it’s a very general exclusion of ‘hazardous sports,’ then what is a hazardous sport? To avoid those situations, you want to try and get clarity before you travel.”
Adventurous activities that might be excluded include parasailing or hang-gliding.
If a traveller is unsure, the simplest thing to do is call an insurance provider’s toll-free number to ask, Thain said.
A 2013 survey by the Travel Health Insurance Association of Canada, which represents about 80 travel insurers, brokers, underwriters, air ambulance companies and other organizations in the travel insurance field, found that 35 per cent of Canadians forego travel health insurance.
By Thain’s estimate, less than five per cent of all travel insurance claims are denied.

‘The outside edge of normal’

Licensed insurance brokers can also guide people towards higher-risk policies that would suit a more daring lifestyle, he said.
Some companies have more restrictive exclusion lists than others.
“They read something like: ‘We will not cover any motorized speed contest,'” said Bill Bailey, who specializes in sports risk with WL Edwards and Hudson Henderson insurance. “If you’re planning on anything on the outside edge of normal like, say, mountain biking downhill, parasailing, skiing on extreme-risk, black-diamond-type hills, motorized sport speed contests, it is the responsibility of the person travelling to look at what is covered and what isn’t.” 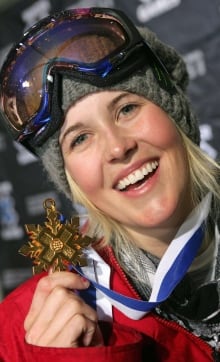 Canadian freestyle skier Sarah Burke, shown in a 2009 file photo, died during a training run at a Utah event sponsored by an energy drink company. (Nathan Bilow/Associated Press)
Even professional athletes need to know when their travel insurance is covered by their sanctioned athletics association, and when they’re on their own.
Bailey pointed to the case of Canadian freestyle skier Sarah Burke. The 29-year-old died two years ago after crashing on the superpipe at a Utah event sponsored by an energy drink company.
Burke did not have her projected $200,000 in hospital bills covered by the Canadian Freestyle Skiing Association because the event she was participating in was not officially sanctioned.
“You cannot get insurance for most pro athletes,” Bailey explained. “They have to go through the sanctioned body, so if you’re a PGA guy, you have to go through the Professional Golf Association.”
Vacationers who decide to engage in a high-risk activity would be wiser to study their travel insurance policies rather than to leave it up to chance, Bailey said.
“Don’t think that if you buy one [policy], you buy them all and they’re all the same,” he said.
He estimates that about 75 per cent of the travel medical insurance policies offered to Canadians would exclude skydiving or parachuting.
But that doesn’t mean policies that do cover those types of activities would be necessarily more expensive.
“It’s not always the case,” Bailey said. “Sometimes the dollars aren’t different, it’s just the wording. The cost for the insurance can be very similar, it’s just the policy exclusions are different.”
Markey’s case serves as a a cautionary one, he said. As the Pemberton, B.C., resident recovers in an Arizona hospital, her family and friends continue trying to raise funds online to help offset some of her medical expenses.
More than $17,000 has been raised so far towards the family’s fundraising goal of $50,000 — but it’s still a long way away from the $500,000 total cost.
Source: CBC
http://www.cbc.ca/news/canada/travel-insurance-and-extreme-sports-how-canadians-can-protect-themselves-1.2618483